Here's The #1 Tool That Will Change Your Trading Life... Forever

Create the very best tools for traders based on a proprietary, world-class, market timing system 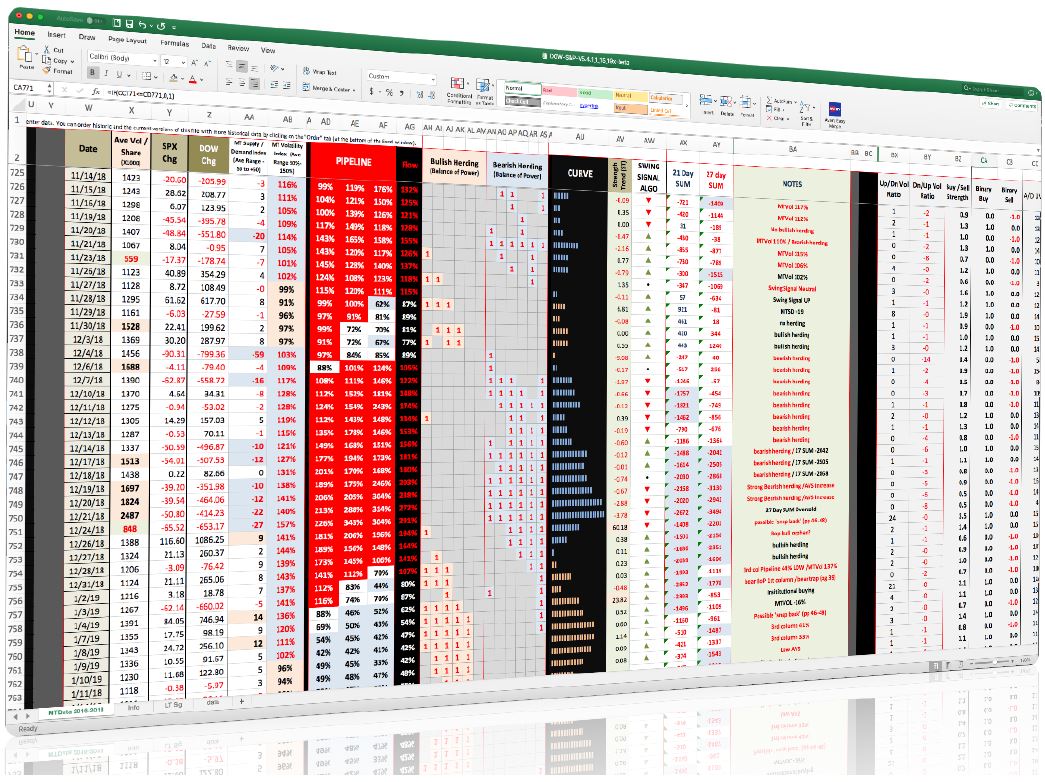 Listen Here for an Overview of the Market Timer Spreadsheet

Dave Vallieres, the creator of the Market Timer system, started trading in 1974 at the age of 16 on his father’s account. He was hooked when he doubled my money on his very first investment.

A few years after getting married he started trading options on the OEX index. From March to July 1987 he doubled his trading account. He felt the market was about ready to decline and purchased $16,000 worth of puts on the OEX in July 1987. Alan Abelson, the editor of Barron’s wrote in an editorial that week stating (paraphrasing) “a retail investor bought $16k worth of puts so the market will continue to go higher”. He used Dave’s trade as a ‘contrarian’ indicator. On October 19, 1987 the market declined 22%. However, the puts had expired in September and he lost the entire bet. That did not stop nor deter him. He continued to study the market intensely.

After 4 years of college, becoming a consultant to the Mayor of Boston in the early 1990’s, Dave decided to move back to central NY where he grew up. He raised four children and spent a total of about 15 years in public service.

He was the as CEO of two separate not-for-profit community development agencies in central NY, one after the other, overseeing millions of dollars in public funded projects. After a few years in those positions, he received a call from the mayor of the city he lived in and was appointed Director of Economic Development and Deputy Commissioner of Housing and Urban Development.

He left public service to start an internet publishing business in 1999. Over the next several years he made millions publishing online. In 2008 he semi-retired and has focused only on trading.

The Discovery and Early Success

In 1992, while living in Boston, he discovered a high positive correlation of certain market data to daily changes in the S&P500. He based his research one idea: Either the market is a true representation of supply and demand for financial assets, or it is not.

He proceeded on the assumption that supply and demand were the primary drivers of price discovery and began a journey that lasted the next 29 years.

At the time he started his research (1992) he used paper spreadsheets over a kitchen table to record daily market movements, internal market data and run his formulas. In 2008 he used the basic formulas he discovered in 1992 in real-time trading on the ThinkorSwim (TOS) platform. In April of 2009 he made his largest one-day real money gain ever in the markets – $47,692.

It took few years, but in the summer of 2017 he made some breakthroughs and developed his formulas further and created algorithms based on relationships he saw in the data on multiple layers similair to a neural network. This ‘breakthrough’ became the second iteration of the system he uses now called Market Timer.

Dave created all the algorithms used in the Market Timer system starting in 1992 on paper. In 1993 he converted them to Excel and in 2002 to Thinkscript for ThinkorSwim (TOS). He created one original script in ThinkScript (ThinkorSwim’s native programing language) in 2002 which was the first iteration of the system.

At the end of 2018 he completed 2nd iteration of the algorithms which are now available for trading.

He made extensive use of Thomas Bulkowski’s Encyclopedia of Chart Patterns as a guide to his technical analysis in the markets but in 2010 Bulkowski wrote an article in Stocks & Commodities magazine that confirmed his suspicions: High frequency trading algorithms and QE injections by the Federal Reserve had changed the success rate of most chart patterns and they were failing more often. Years earlier, he had put all his formulas onto an MS Excel spreadsheet.

He started to look at different ways in which he could extract new insights from the formulas and data he was using. He had been following James Harris Simons, a legendary mathematician, who ran one of the most successful hedge funds in history, Renaissance Technologies. Jim Simons was very successful in the market and is reporteldy worth $24 billion. Simons is extremely quiet about his quantitative methods and algorithms used. In a rare interview (you can find it here on YouTube) he says that his algorithms have one purpose: To find market anomalies and capitalize on them.

Dave never met or talked to Mr. Simons but he read and watched everything he could find on him – which was not much. But he understood what he was saying in the quote above. And he started to dive into what he had discovered in 1992 in more detail.

...but If you're busy like most people, you can take advantage of our Auto Updating Subscription. Never miss vital data needed for Market Timer to properly calculate market conditions! 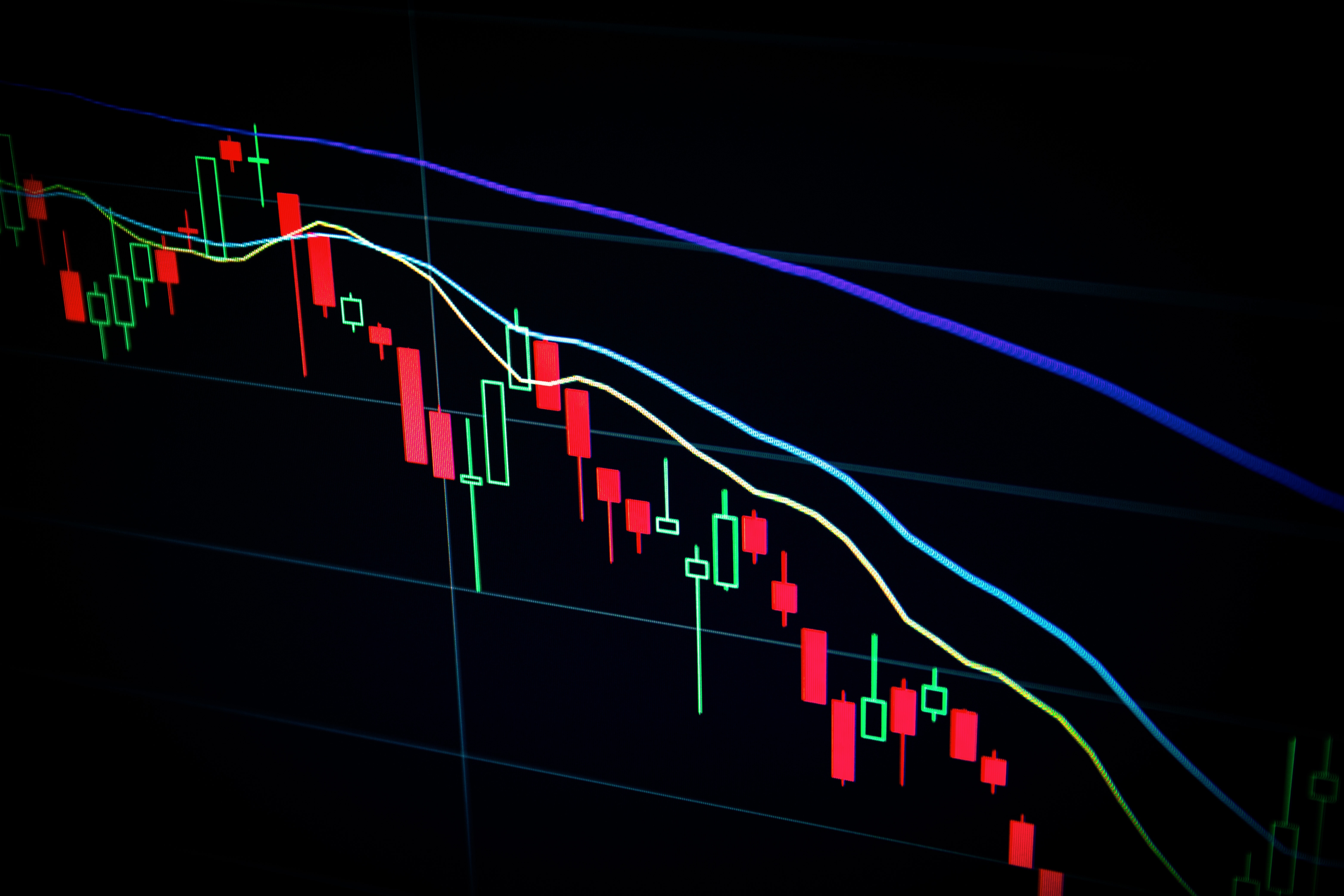 Get Access Today & Prepare Yourself Before The Next Big Move

- and get access to the Market Timer Updates Slack channel -

for FREE for the first 30 days!

(The Subscription renews for $40/month - you can cancel anytime)

If the Daily Updates to the spreadsheets aren't uploaded and available during the first 30 days (due to Strong Market team not uploading the files) you get a free month. Applies only on days the US stock market is open

Kickstart Your Profits By Adding the SM Scripts

Add To Order Below

Allows you to trade "around the clock" for your testing,

and will fit into your schedule.